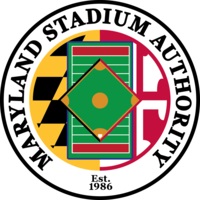 The Authority is an instrumentality of the State of Maryland created in 1986 to finance and direct the acquisition and construction of professional sports facilities in the State.  Since then, the Authority’s responsibilities have been extended to include the Hippodrome Performing Arts Center, convention centers in Baltimore City and Ocean City, the Montgomery County Conference Center, the Hagerstown Multi-Use Stadium and Events Facility, the State’s school construction (“Built to Learn”) program, and the Baltimore City Public Schools Construction and Revitalization Program.

Wye River Group served as the Authority’s independent financial advisor in connection with the 2022C financing for the Baltimore City Public Schools Construction and Revitalization Program. Proceeds of the Series 2022C Bonds will be used to finance the completion of certain renovations to one additional high school facility under the Program as well as fund the costs associated with the issuance of the Bonds.

The Authority’s bonds were structured as tax-exempt capital appreciation bonds (CABs) maturing in 2051 through 2055.  The bonds received ratings of Aa3/AA-/AA and their repayment is subject to annual appropriation by the State.  The Bonds were sold via negotiated public offering by an underwriting team led by Bank of America Securities and were well-received by investors.  The TIC on the Series 2022C Bonds was 5.00% and the financing closed on July 28, 2022.